Score At The Top Blog

The latest tips, tricks, and education to help you get into your top college.

The College Board and PSAT Scores: Oh, No, Not Again! 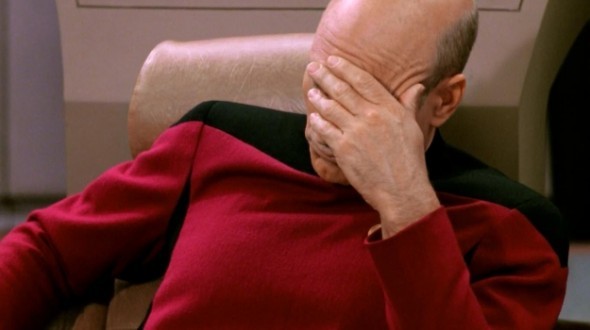 The proximate cause of our expression of exasperation with the College Board is the incongruous scoring results of its 2019 Preliminary Scholastic Aptitude Test (PSAT), which was administered last October. and the “Again” part of the title to this blog is a little complicated, so bear with us while we explain.

Understanding Your PSAT Scores & Their Role in College Admissions The PSAT is a critical test that highlights how students should begin preparing for the SAT (and ACT!), and beyond that, for college. Understanding your PSAT score and future SAT/ACT scoring potential are key factors in building your college list. We have some suggestions for maximizing your scores and creating an optimal plan to prepare for future tests. During this informative webinar, you’ll learn:

From the “comfort of your own computer,” you’ll follow one of our top test-prep tutors as she guides you through the most effective strategies for PSAT math test questions. You’ll improve your knowledge of the PSAT (and the SAT) by… PSAT: The Good, The Very Good, The Bad, and The Ugly

Students who took the October PSATs have had their results for a few weeks, and while that’s mostly good, there’s also some bad and ugly involved. Before we explain, here’s some germane information. Most schools in October offer the PSAT (a “preliminary” SAT) to their freshman, sophomores, and/or juniors. Regardless of your school’s official testing policy, here are some good reasons why a student should take the PSAT, whose scores are NOT reported to colleges: The New PSAT: What’s in It for You

The table below shows that the length of the test has been increased by 25% to 2 hours and 45 minutes. That translates to an increase in both the number of questions and the average amount of time per question. However, we anticipate that the extra time will be required to digest each question because there will be more reading and deeper thinking. What we don’t know is how students will actually feel about their pacing through a new format that stresses greater textual analysis.

Eight months away from the new PSAT test and a year from the SAT rollout, we’re learning more about each test. To keep you abreast of the latest information, we’re sharing our intelligence below.

First, the College Board will release a total of eight practice tests, some of which will be developed in conjunction with Khan Academy. Full availability of all practice tests remains unclear, but sometime this month (March 2015) we should expect to see the one and only PSAT sample test. Expect four SAT sample tests in the spring, perhaps ten months before the first administration of the redesigned SAT. We can expect the release of another four sample tests, through Khan Academy, over the months after the College Board releases the first four. Web-based, the Khan Academy sample tests will be online and downloadable. Students will be able to use a smart phone app to snap a picture of their answer sheet that will generate instant scoring by Khan Academy. This summer, College Board will release its new Official SAT Study Guide with some or all of those first eight tests.

It’s December – the time when every student across the U.S. who took the PSAT/NMSQT gets back a copy of the PSAT itself, and, most importantly, a score report that breaks down the results on all three test sections: writing, reading, and math, including the student’s responses and the correct responses to every question.

So what’s a motivated student to do with all that feedback? Here are our five suggestions...

3 Key Changes to the New PSAT - Score At The Top The top factor on any college’s admissions consideration list is a student’s academic record. Number two remains the student’s SAT or ACT scores. That’s why it so important for college-bound students to prepare for these tests. In the case of the SAT, one way to prepare is to take the PSAT in October. The results will provide diagnostic feedback to a student who wants to improve as much as possible for a future SAT. The junior-year PSAT is also the first step toward qualifying for National Merit Scholarships.